Shawn has been {& still is!} a true Dream Client to work with. I had NO Idea he was going to do this, but below he’s talking to the Free Market Medical Association about his attempt at writing his book himself. He realized that his strengths do not lie in bookwriting, so started the process to vet, then hire, & work with me on his {now Live on Amazon!} book.

Shawn Speaking to the Free Market Medical Association about hiring / working with Crystal! 🙂

How Do I Finally Get My Book Written? ~ Shawn’s Backstory

Here was Shawn’s situation when we first connected…

How Do I Finally Get My Book Written ~ Crystal’s Backstory

So, when I had a conversation with Shawn’s twin brother, Shane, about the possibility of someday writing his book, he asked me about my background & experience with writing.

I’m pretty sure he was confused. 🙂

Here’s the deal… Shawn reached out to me and asked to have a conversation about the possibility of writing his book. I was flabbergasted, honoured, totally intrigued, but most importantly, completely feeling the tug forward, to continue being open to the possibility, despite the fact that…

I Had Never Written A Book Before.

I was 100% transparent & honest with Shawn about that fact.

Yes, I loved my own process of writing.

Yes, I naturally & effortlessly put myself in the shoes & hearts of others as an empath and Highly Sensitive Person.

Yes, I have a marketing lens.

Yes, some of my Kolbe strengths revolve around organization, planning, & structure.

Yes {after many, many questions}, I was 100% on board with Shawn’s perspectives {afterall, I have personal and family experiences, too, so what he was saying & WHY was resonating}.

Yes, I have experience working with other Speakers, Authors, & Coaches.

At the end of the day, we both said Yes.

Yes, to trust our guts and take a chance… because it felt right to both of us… despite me shaking my head!

Even as I write all of this, I’m still chuckling to myself… Did This Really Happen? Yup, I ghostwrote a book. Yes it was a lot of work {Shawn’s required some tedious research & planning}, but also was a blast of a project to work on {because of how awesome Shawn is & is to work with}, despite it still being a surreal experience!

Great question! I’m not sure how much research your book would require, but Shawn’s required a decent amount. Keep in mind that every ghostwriting project will be as unique as you are! Given his busy schedule, his personality, and the technical nature of the content, here’s the process I used for Shawn’s book…

What Did Shawn Think of My Work during the Writing Process?

After submitting just the chapter outlines to Shawn, not only did he love them, he sent me this…

After I submitted the entire Chapter 3 to him to review {1st, most challenging, & most critical to get right chapter}, here’s his response…

Here’s another after a couple more chapter reviews were submitted…

Working with Shawn during this process both worked… and was very rewarding! I was, & am, very grateful we both said yes, trusted our guts, & moved forward with this project.

What were some fun extras I helped Shawn with alongside the book writing process?

In addition to the book planning, organization, research, & writing, I helped Shawn with a few fun~for~me extras…

Oh, ya, & let’s not forget that he & his wife Janet decided to start a live radio show & wanted to convert it into a podcast, too! It’s called Health Solutions with Shawn & Janet Needham.

So, Shawn also has me managing & doing some implementation work for this process.

This was ridiculously fun, despite it being a lot of work, organization, planning, & coordinating. I’ll spare the full details, but here are the highlights…

The Official Amazon Public Book Launch was 27 Dec 2019, despite the book technically being live & available for purchase earlier.

The entire process & experience was amazing! Check out Shawn’s feedback to me after I gave him a status update…

Wow, what an awesome Dream Client to work with, right?

When we started this project, Shawn’s singular goal was to educate American Families on how the Free Market works successfully in the Health Care industry… #ThinkOutsideTheSystem… so they can benefit both financially & emotionally {if you’ve had negative experiences with our traditional health care system, you’ll understand!}, because #OptimalHealthMatters.

We’re still in the beginning phases of the after effects of becoming an author for Shawn, but he’s already been invited to…

… and Shawn’s book hasn’t even been available for a month yet!

Shawn’s current focus is on personal introductions to large groups, associations, free market in healthcare think tanks, healthcare entrepreneur groups, philanthropists who are either interested in helping everyday Americans achieve optimal health affordably, or have large audiences who might be interested in his message.

Are You Feeling The Pull, too?

If you’ve tried to write your book by yourself, but were left frustrated and overwhelmed….

If you’re content with what you’ve achieved in your career, but still feel in your gut there’s a missing piece…

If you care more about getting the education out on a topic your unique experience, background, and viewpoint provides to impact others vs a focus on the money…

If you feel the pull in your gut that now is the time to take 1 step forward, even if you don’t feel like you have all the answers to HOW yet…

The I’d like to invite you to a 1:1 conversation with me.

I’ve created a Private Conversation Link, not public on my scheduler. that even includes ballpark monthly retainer pricing.

If this is your year, let’s at least have a conversation. At worst, you’ll walk away with not only a wonderful, productive conversation, but a better idea on what you’re looking for & not looking for in a ghostwriting partner.

I believe that you’re reading this for a reason. I See You. 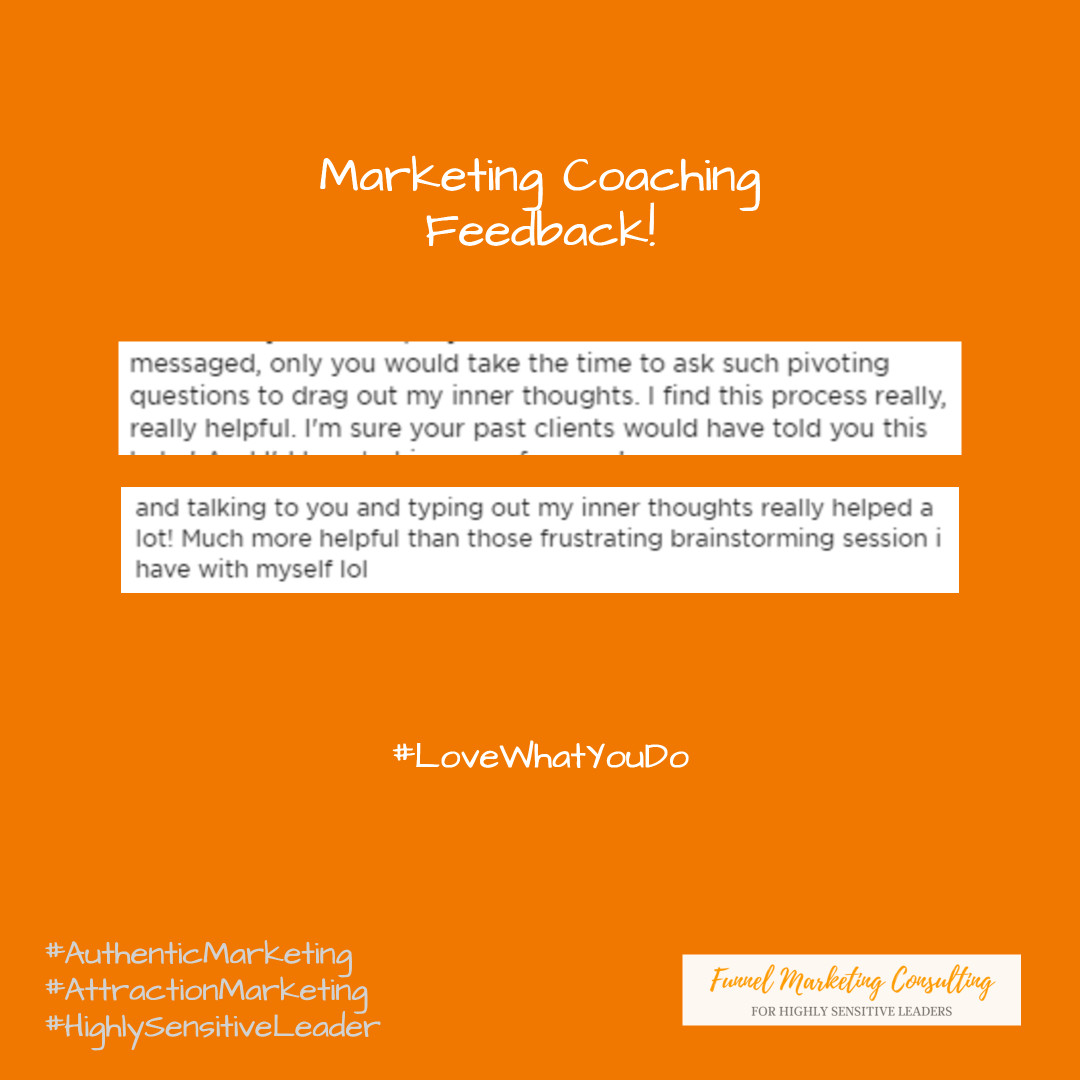 One of the best feelings in the world is having my clients get results! I had a Marketing Coaching session the other week & these were the screenshots of feedback!⠀
⠀
The {Singapore!} science based, natural health & wellness company owner had a branding questions with regards to the ‘face’ of the company. Through a series of ultra focused questions… 1 very patiently asked one at a time… he was able to discover for himself what the right gut answer was for him.⠀
⠀
Super powerful, empowering, & clarifying. It was a huge weight lifted & relief for him. ⠀
⠀
The end result for this Marketing Coaching session was perfect clarity on the next step for his business. Now he scheduled a 1 hr consultation to review a strategy for his next step. How fun! ⠀
⠀
What’s holding you back from your Next Level of Success? What’s your price for staying stuck? Message me {or learn more} to see if a Marketing Coaching session is right for you! ⠀
⠀
~Crystal ?⠀
⠀
#NextLevelUp #TrustYourJourney #LeadWithLove⠀
⠀
#PositiveImpact & #BusinessScaling 4 #LeaderCoach#MindsetCoach#MotivationSpeaker via #HighTicket#LeadGeneration & #AuthenticMarketing with #DigitalMarketingCourse & #MarketingConsultant⠀
⠀
#HighlySensitive #HighlySensitivePerson #HighlySensitivePeople #HSP#SensitivePeople #SensitiveBoss #Sensitives #HighlySensitiveEntrepreneur #HSPCoach #TooSensitive #ImpactThatMatters #TrustYourGut #FunnelMarketingConsulting #AttractionMarketing⠀
#SustainableBusiness #6FigureImpactMovement #GiveBack2Impact 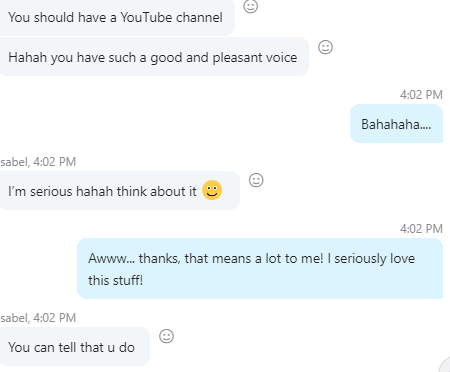 Ahhh… I have the BEST clients! Above was the feedback I received after the 1st of 4 ClickFunnels Training sessions for a company in Toronto. This one was after the 3rd. ???⠀

Learn More about my ClickFunnels Get Started Training Package here.

Connect With Us Here!